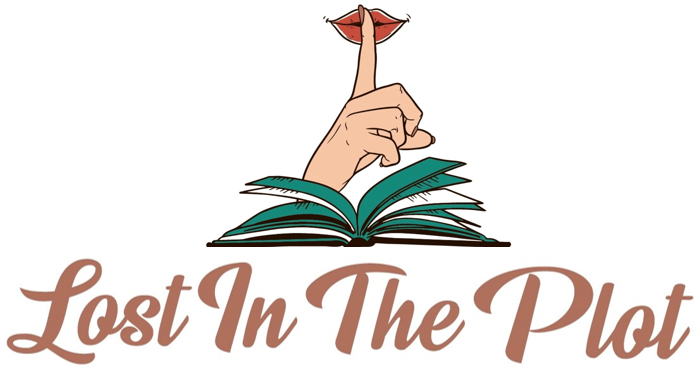 Hey bookworms, for today’s post I really just felt like discussing and drooling over my top 5 romance book boyfriends!😂 I’m going to make this more interesting for both you and me by deciding the tough decision of what my order is for these irresistible fictional characters 😂 . I’m going to discuss my general reasons for why I adore these book boyfriends, and what they did to receive their place in my top 5! Let’s start with my #5 pick and make our way to my #1 choice!

#5 Rhysand from A Court of Mist and Fury

Let’s start off with still such a worthy fictional man – Rhysand, the High Lord of the Night Court in the ACOTAR Series. While he is present in the first book of the series, A Court of Thorns and Roses, his character really shines in the second book, A Court of Mist and Fury! It was tough for me to put him in this last place position, only because he truly is so great in many ways, but because this is a fantasy series he was just less realistic which isn’t the biggest turn on😂

In the beginning of the series, Rhysand definitely comes off as the villain of the story, but as the story progresses, we see a truly powerful, honest, and empowering Fae. He is the most powerful High Fae in history, which is crazy and admirable on its own, but on top of that he wants what is best for his people, and even for the humans on the other side of the wall.

He is honest and genuine with his love interest, Feyre. Feyre starts off the series being with Tamlin, the High Lord of the Spring Court, but soon we realize how protective he is of Feyre and she feels trapped. Rhysand on the other hand, allows her to train, to fight, and to embrace her true self. Feyre truly needs a man (or Fae) who understands she can’t just sit idly by while the world is going to war, and Rhysand wants her to feel empowered and feel like she’s making a difference with him. I absolutely adored how patient Rhysand was with Feyre and how he always had her best interests in mind while also allowing her to show off just how powerful she is!

Coming in at #4 is the iconic and controversial, Ben, from November 9. While I know people have some issues with Ben’s actions in this story, I personally adored him and his love for Fallon. As most of you may know, Ben and Fallon meet one day in a diner and he pretends to be her boyfriend. From there they hit it off and decide to meet on November 9 every year, but never talk via in-person or online every other day of the year.

One of the first reasons why I loved Ben was because he was totally accepting of their deal to meet once a year so Fallon could move to NYC to try and achieve her dreams of becoming an actress and explore her young adulthood before settling down. For such a young age (19), he was very mature about the situation. Another random reason why I loved him so much was that he’s a writer and says that Fallon was his muse, which was everything to me 😂

Another reason why I liked Ben so much was just the way he talked to Fallon. For the most part, he was respectful, genuine, and aggressive in a sexy alpha way, but I never got the vibe that he was too alpha or trying too hard to impress her. Since Fallon was in a burn accident, half of her face and torso was burned and she was always very insecure about it, but Ben always reassured her just how beautiful she was. The way their conversations went just felt so real and natural, even after only knowing each other in person for 5 days out of 5 years.

The controversial aspect of Ben is how forward he was about wanting to sleep with her, and how he lies about a huge part of their history together (which I won’t spoil). However, the forwardness about his sexual attraction didn’t bother me at all, especially because we all knew as readers that Fallon liked Ben just as much. I think the main part that made me adore their relationship was that even after all of the secrets and lies were revealed, both Fallon and Ben were mature enough to realize they truly loved each other enough to work past their trauma.

#3 Adam from One Italian Summer

So this is an interesting one because he technically isn’t our main character’s boyfriend in the story, but he is definitely boyfriend material in real life if he wasn’t fictional😂 . In this story, we follow Katy grieving her mother, who was also her best friend, and traveling to a little place in Italy called Positano. She was meant to go with her mother because it was where she spent quite a bit of her 20s, but she decides to go alone and see what her mother loved so much about it. As most of you may know, there is magical realism throughout this story where Katy actually sees her mom in the flesh at the age of 30 living in Positano. When Katy arrives there’s a man named Adam staying there who is polite, alpha, and has a genuine interest in getting to know Katy as a person.

We do come to know throughout the story that Adam is trying to buy the Hotel Poseidon, the hotel that Katy’s mother, Carol stayed at 30 years prior, and the hotel they’re staying at now. At first, you think Adam is such a bad guy for wanting to “ruin” the history of the hotel being owned by the same family for 40 years, however, Adam knows they’re struggling and truly loves the place so much that he only has its best interest in mind. Adam brings Katy all around Positano, Naples, and Capri to see the best of the best, and while they definitely have sexual chemistry, Adam definitely feels like a therapeutic character that Katy so desperately needs to cope with her loss and figure out what she wants out of life.

That alone is such an attractive feature in a man, but other aspects are that he travels for work, loves different cultures, wants the best for the hotel and for Katy, and he’s attractive as a bonus! I am 75% of the way through this story while writing this post, but I am expecting that both Carol at the age of 30 and Adam are both magical realism aspects to help Katy grieve and figure this whole life thing out.

#2 Elliot from Love and Other Words

My second pick is actually a book I only recently read a couple of weeks ago! Love and Other Words is the first childhood friends to lovers romance I’ve ever read and it was truly magical to read. We follow Macy and Elliot’s story unraveling from the ages of 12 to 30! Growing up, they bonded over books and reading, and as they got older, they became more emotional and physical.

Something happens between them in high school that makes Elliot lose Macy and they don’t talk for 11 years. Fast forward 11 years and we now follow their individual paths in life from Macy’s point of view and see if and how they’re able to come back together and realize they’re meant for each other!

The amount of reasons I could list why I love Elliot so much is infinite! Immediately I knew I would adore his character solely based on the fact that he’s nerdy and reads a lot. But ever since they were kids Elliot always listened intently to Macy and made her feel special. He always wanted to be there as a shoulder to cry on, and wanted more for so long but went at her pace.

When they’re in their late 20s and are trying to rekindle what they once had, Elliot goes for what he wants and tries to show Macy that he could be the one for her. Obviously, Macy is going through a lot because she’s engaged to a different man but wants Elliot, and Elliot is so patient and calm throughout the process; he’s willing to wait for her.

I also absolutely adored how they could finish each other’s sentences and that they were so close for so long before giving the serious relationship thing a go! I can’t wait to read more Christina Lauren after reading this!

#1 Ledger from Reminders of Him

And at my number one spot…*drumroll* is Ledger in Reminders of Him by Colleen Hoover! I can’t tell if this should be an obvious answer, or if it’s unorthodox because Ledger is the best friend of Kenna’s old lover. Kenna is released from prison after 5 years and decides to head back to her hometown to reunite with her 4-year-old daughter. No one in the town trusts her except for this bar owner named Ledger, who always happens to be a good connection to her daughter.

The number one reason why Ledger is my number one pick for a book boyfriend is that he would make such an incredible dad. He is very close to Kenna’s daughter and the way he interacts with her was adorable, to say the least! But he was also a very honest man, willing to do anything for the people he loves.

He also showed such great character based on the fact that he found out who Kenna was, freaked out, and still had the guts to confront her and say that she thinks she’s a good person and deserves to meet her daughter. Ledger is just overall such a lovable, caring, and attractive character! Chef’s kiss!

So there you have it, my top 5 book boyfriends from some of my favorite romance books! Just to summarize, these are in order based on who I love most, 5 being the least and 1 being the most. While I use the worst “least” I still absolutely adore all 5 of these and there are much worse book boyfriends out there! 😂  Comment down below who your number 1 book boyfriend pick would be, and/or let me know if you think my celebrity choices are accurate! Thank you so much for reading and I hope you have a wonderful week bookworm! ❤

*Disclaimer: Links included in this post might be affiliate links. If you purchase a product or service with the links that I provide I may receive a small commission. There is no additional charge to you